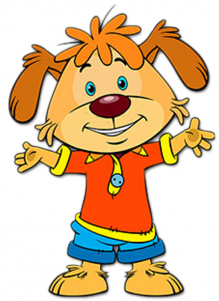 Pip Ahoy! aims to bring laughter and adventure into every home with its mixture of the extraordinary and the familiar.

Pip and his friends will carry out a rescue here and solve a problem there, taking care of his close-knit community and looking out for one another. But this is not to say that the show is anything but warm, boisterous, silly and fun. “Pip Ahoy!!”

Sir David Jason voices Pip’s loveable uncle, Captain Skipper, and the show once again follows Pip the pup and his friends Alba, Captain Skipper, Hopper and Pasty on a series of exciting new adventures in and around the sunny seaside town of Salty Cove.

Currently, Pip Ahoy! is in its third series with 78 episodes to date. The production targets the 3-6 year age bracket and is presented in 2D animation.

ITVBe has acquired all three seasons of the show and will broadcast them twice daily from Monday to Friday.